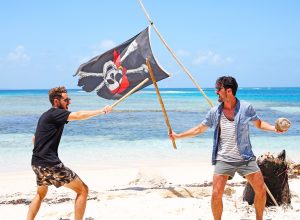 We arrived in Panama with a totally open mind having not originally planned to stop there. But after a good friend had put us in touch with Ron Abuelo rum it was not something we could refuse! Panama City is a beautifully, diverse costal town and clean hotel beds were embraced lovingly after the 32 hour coach trip we took to get there. Our first stop was of course the Panama Canal, where we witnessed goliath sized tankers effortlessly glide through the locks with inches to spare, truly an engineering marvel that needs to be seen to be believed.

The next day we were picked up and taken to the Abuelo distillery. The 4 hour drive out to Hacienda San Insidro in the town of Pese, reveals the first secret of Ron Abuelo as we pass though acres and acres of Sugar Cane fields. Abuelo control 100% of the rum making process, growing all their own sugar cane and hand harvesting it. Our guide for the day is Alexis Guerreo, the European Sales Manager for the Rum, not only a man fantastically knowledgeable on both Rum and his native country Panama, but also just an incredibly friendly and fun guy to be around. And it seems this is a trait shared by everyone we meet within the hacienda, this is exemplified by our tour guide Iranys who met us at the gates with Panama hats and a horse and cart so we can ride into the distillery in style! 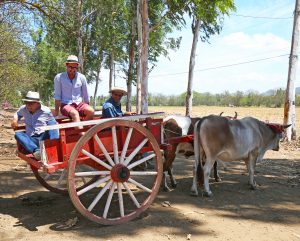 The second thing that becomes obvious is that due to their 100-year history they really know what they are doing. The distillery grounds have reminders of their heritage all around, from the horse powered sugar cane press (in the absence of horses it was down to us to provide the muscle in the sweltering heat) to the barrels in the storage facilities. And it’s the combination of the climate and the barrels that give Abuelo its unique taste, the moderate rainfall, cool nights and humid days means the cane has a high concentration of sugar and the rum ages to perfection in the barrels.

We were lucky enough to taste the 100-year anniversary rum, the Centuria, as well as the finished collection. Aged using the solera method, essentially a pyramid scheme where by each year another layer of barrels is added and the layers below have their Angel’s share replaced by the barrel above, increasing the average age of the barrel with some liquid reaching 30 years in oak by the time they bottle. The end product is something to behold and well worth the investment. 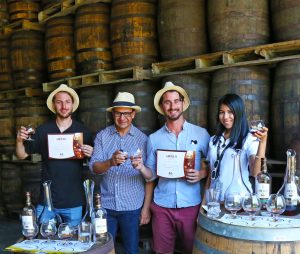 Nose: Sweet but not over powering vanilla and caramel, deep and rich.
Taste: Velvet mouthfeel, smooth sweet caramel with over tones of tropical spice. A long-lasting flavor that continues to deliver wave after wave of warming delight. Possibly the best we have tasted to date. 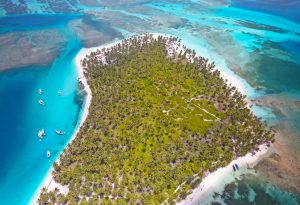 Words simply can’t do them justice, the visuals at the end of the episode should speak for themselves. If we knew how to fish and start a fire then there is a strong chance we would have stayed with the indigenous Kuna people… although I’m not sure they would have me. The preservation of the islands is all down to the Kuna, who have complete ownership of the islands and the tourism industry, meaning they can control how many, how often and just where tourists can go, allowing them to preserve and maintain their beauty, as well as keep the resulting jobs and economy within the local community and avoid exploitation. A World Sip travel tip would be to allow plenty of time for your visit there, it is possible to spend a few nights on the islands and 24 hours in paradise definitely isn’t enough. And as much fun as it is to film and photograph, it is the perfect opportunity to leave technology behind, forget about life, read a book in a hammock and listen to the waves kiss the pristine white sandy boarders of your own private island.