Intro to the World Sip 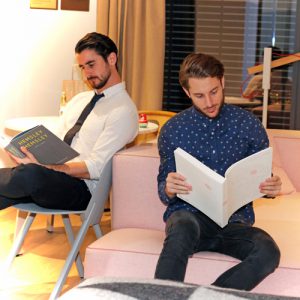 Firstly, thank you for having a read!

It’s one thing to watch a video, it’s another to engage your brain and read the written word, but clearly you have a mild interest in our adventures and would like to know how it started.

After a weekend away at our childhood friend’s wedding in the summer sun, a long train journey had the two of us discussing how much we loved life. 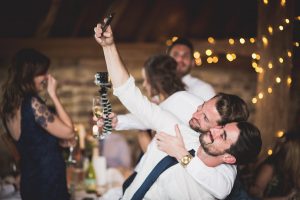 That feeling of being with friends, doing something you love, being in the sun, eating good food and drinking good drinks – was that not the aim of life? Was that not what everyone strived for? It was then that the seed was planted and we set out minds to being able to do what we loved everyday. Combining our existing talents and knowledge to make sure we no longer just worked to live, but that we were passionate enough about what we did that we lived to work.

We looked back at our previous experiences. The summer of 2014 Craig, myself and another friend took off and road tripped across America, from San Francisco to Miami over 5 weeks. We filmed as we went and made something for ourselves. A documentary of our trip that we still watch together every so often.

There was no structure or planning, it was purely spontaneous, comprising of the people we met and the adventures that were thrown up along the way. It was an unforgettable experience with many lifelong friends made through the most random of meetings.

Since that trip, both our careers took off. Upon returning from America Craig finally moved to London, I offered him my sofa for two weeks (he stayed for four and a half months) and his own Video production company grew exponentially alongside his contracted career in mainstream television, rapidly rising thought the ranks in a number of Sky entertainment shows. I returned to the Drinks industry with Martin Miller’s Gin, a hugely popular and growing gin business in a rapidly growing gin market. Initially, the majority of my time was spent account managing London’s top Cocktail bars and restaurants. I was fortunate enough to be meeting with some of the world’s top bartenders, leading mixologist and creative minds in the industry on a daily basis. What fascinated me most was the number of new and interesting spirits that were coming available to them every day.
Looking further into each of these spirits, it was clear that the drinks world had moved on from the 90s, and drinks, cocktails and spirits were catching up with their edible counterparts in the food world. In the same way people wanted to know that their steak came from a happy cow on a farm in Devon, people were beginning to wonder where the liquids in their expresso martini were coming from and why they were used over the 20 other variants of vodka on the back bar.

Further research into this area and it became clear that although there were many people happy to give their written opinion in blogs and reviews, there was no one telling the story of these liquids in video form. Ever since the days of Delia Smith there have been TV chefs and Gastronomy experts, roaming the globe in search of ingredients and inspirations, but this rapidly growing craft alcohol industry was yet to be given a voice. There was no platform through which consumers could be connected to new products, new ideas, and new flavours in the same way they were able to with food.

Continued conversations between Craig and myself about the adventure we want our lives to be, his passion for film making, my passion for educating the public in craft spirits and the noticeable gap in the market, led to the idea of the World Sip being born, and we haven’t looked back since.

So what are you going to do? I hear you ask. Quit your jobs? Buy open ended round the world tickets? Spend your savings? Say good bye to you family and friends for a year and trek around the world looking for stories to tell…?

As with food, certain things can only be made in specific areas due to a number of geographical, ecological, sociological and practical reasons. Therefore we are making the effort to go to them, to find out what these are and how they affect the smoothness of the whisky, the smokiness of your mescal, the dryness of your gin and the crispness of your vodka. We are going to hear it from the mouths of the people that create these products, the story of where they came from, and see the best local bartenders in action, creating the perfect serves that you can replicate at home.
The World Sip is an immersive experience, combining travel, discovery and drinks, in a nicely package documentary shaped bundle for you to consume where ever you please. The aim is to build an interactive community through our social media where you can share tips and recommendations with us on where to go and what to do. In 2015 there were 390 new spirits added to the ranges in UK supermarkets, with that set to have further increased in 2016. That alone means we could visit a 1 of these new spirits every day for a whole year and still have some left to explore. Therefore we will be looking for the most exciting and interesting of stories for each episode.

A modern mixture of video, blogs, vlogs, entertainment, education, conversation and exploration we are looking forward to setting off on January 16th to see what the World has in store for us.

Keep checking back for more updates!